Written by WeegieFifer on 22 December 2019

Philippa Whitford, the SNP MP for Central Ayrshire, spoke to Good Morning Scotland on the subject of the strengthened mandate now held by SNP for a second referendum.

Just before Philippa, the GMS team had had Alister Jack, MP and Secretary of State for Scotland on the phone, Gillian Marles did a good job of pursuing him in her interview. He was adamant that the SNP have no mandate for IndyRef2.

Needless to say, Philippa had no truck with that. Here is what she said:

In case you missed it – my interview on GMS after Scottish Secretary, Alister Jack – who said even a 60% @theSNP vote-share in 2021 Holyrood election would NOT justify #Indyref2! Need to have#ScotlandsFutureinSCOTLANDSHands pic.twitter.com/MCE015Y9vr

Find out what Alister Jack had said that Philippa was replying to, and get a breakdown of Alister’s attempts to hoodwink GMS listeners in his very badly argued responses, on WeegieFifer’s post : Scottish Secretary Debugged. 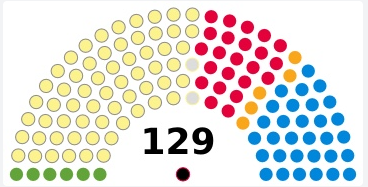